Bringing key players in Sydney’s water delivery network together in a joint response to test capability, both individually and collectively, using an escalating and converging 1 week scenario. 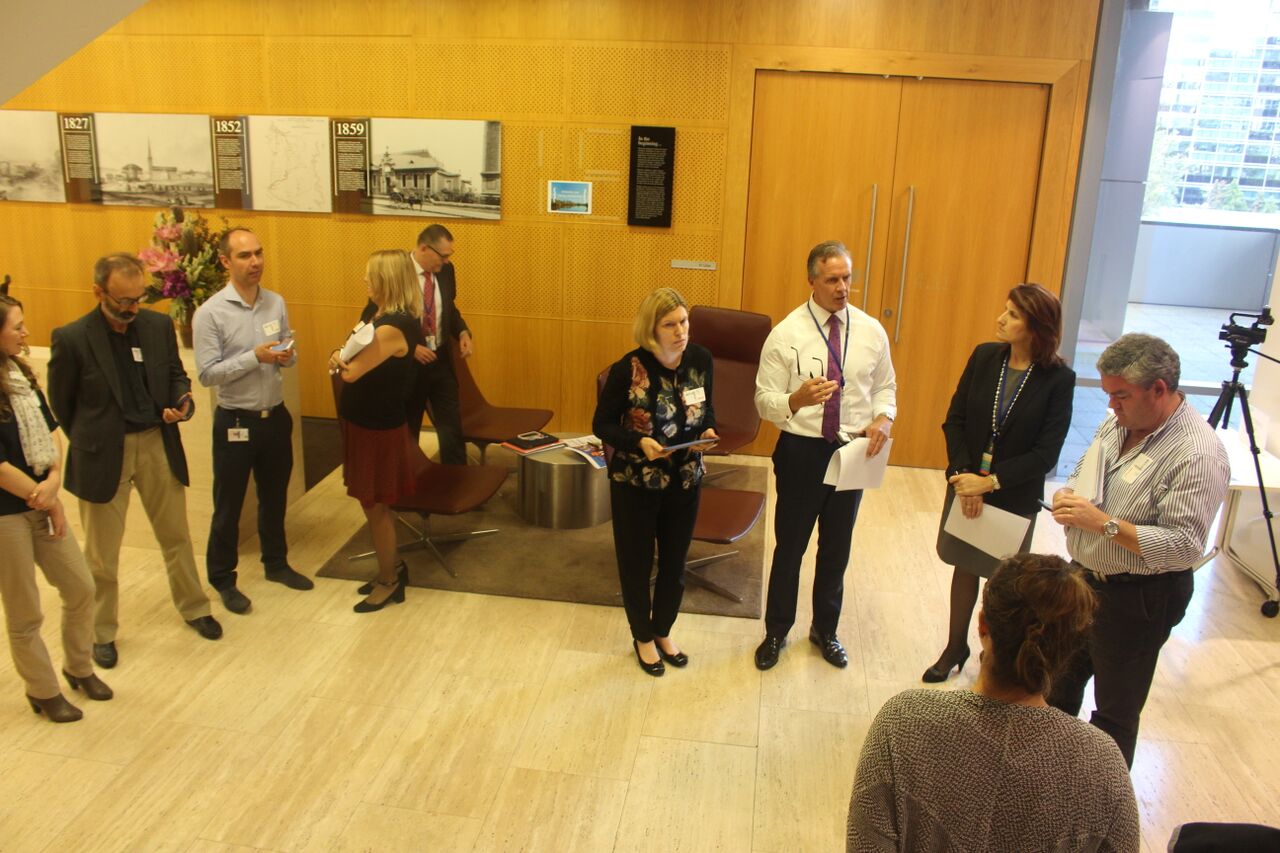 The scenario builds with increasing intensity as a convergence of events see the situation escalate from an incident, to an emergency and eventually to a crisis over the course of the week.

Prior to the exercise starting on Monday 3rd April, 200 WaterNSW staff were briefed by the planning team that an exercise was planned and that they may have a role to play within it.  On the day of the exercise they were briefed into the exercise at their Emergency Control Centre in Penrith.  The Incident Management Team reviewed the background information collectively and stood up their ECC and declared an Incident.

NSW Health were briefed in via teleconference by the Janellis Exercise Director who was leading the exercise from the control centre at Homebush.  All three agencies began liaising during the course of the day through informal communications, a planned conference call and through sitreps.

There was a degree of intensity to the day as more than 30 ‘special idea injects’ were put to the teams to stress test the planning and decision-making.   The injects were designed by the exercise planning team and tested a wide range of issues including water quality, bushfire preparedness, inter-agency communications, and media enquiries.  A key activity during Phase 1 was an SEMC initiated conference call that involved several emergency services agencies.

All teams captured key issues, key information and made important decisions.  At the end of Phase 1, handover documents were produced that included sitrep’s.

A hot debrief was conducted at WaterNSW and Sydney Water and the key issues and areas for improvement were discussed and documented by the respective teams. 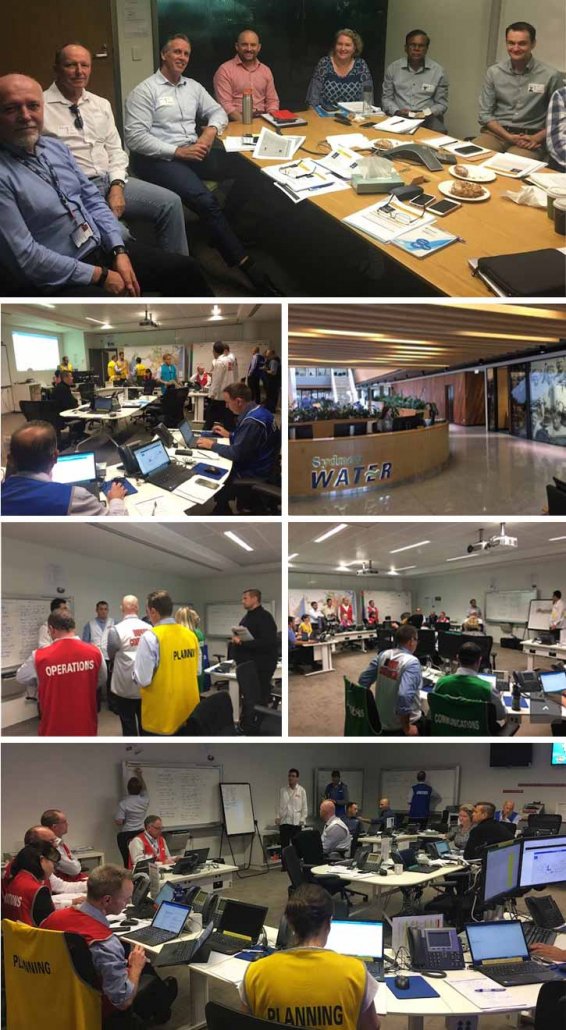 Phase 2 began with a few more challenges than Phase 1 as a ‘real incident’ was identified by WaterNSW and NSW Health.  The Emergency Control Centre at Homebush was activated for the Sydney Water team and the incident was declared an Emergency.

During Phase 2 the primary focus was on Sydney Water and NSW Health and the teams continued to be challenged on issues related to water quality, a large number of  unrelated incidents across the network, fire damage, media interest and a second SEMC teleconference.

The Sydney Water Incident Management Team went very well during Phase 2 and a hot debrief was conducted on site with key issues captured.

The end of Phase 2 included planning on how WaterNSW could come back into the exercise in Phase 3.

NSW Health provided valuable insight into the ‘big issues’ from Phase 2 that would be a challenge for the Crisis Management Team in Phase 3.
It was agreed that WaterNSW would come back into the exercise in Phase 3 with a mock sitrep from Phase 2 to be developed.

Phase 3 of the exercise was held at the Sydney Water Paramatta offices and members of the Crisis Management Teams of Sydney Water and Water NSW were co-located and on site for an 8am start.

A joint exercising briefing was held and the Crisis Management Teams (CMTs) were advised that they would receive their first formal briefing from their own incident controllers from Phase 2. The team were joined on site by NSW Health, 90 minutes after the commencement of the exercise.

Both teams had a strong start to the exercise activity with key issues being discussed and key decisions being made. The teams had the opportunity to liaise with their Incident Controllers and to structure their approach, based on their recent training and tools.

Each of the teams worked autonomously in responding to what had become a crisis event using their own frameworks and structure. In preparing to respond to a request for a joint media interview, NSW Health developed the key messages.

The key messages were agreed upon by all three agencies and the Chief Executive for WaterNSW and NSW Health and the nominated acting Chief Executive of Sydney Water came together for a joint media briefing. Difficult questions were put to the team and their responses were recorded.

Phase 3 of the exercise concluded with each of the Crisis Management Teams having a facilitated hot debrief followed by a joint debrief with all agencies and all participants involved in Phase 3.

A significant number of issues were highlighted throughout the exercise but assurance can be gained from the investment into a robust and integrated exercise and; the commitment shown by all organisations in looking to uncover blind spots and build capability. 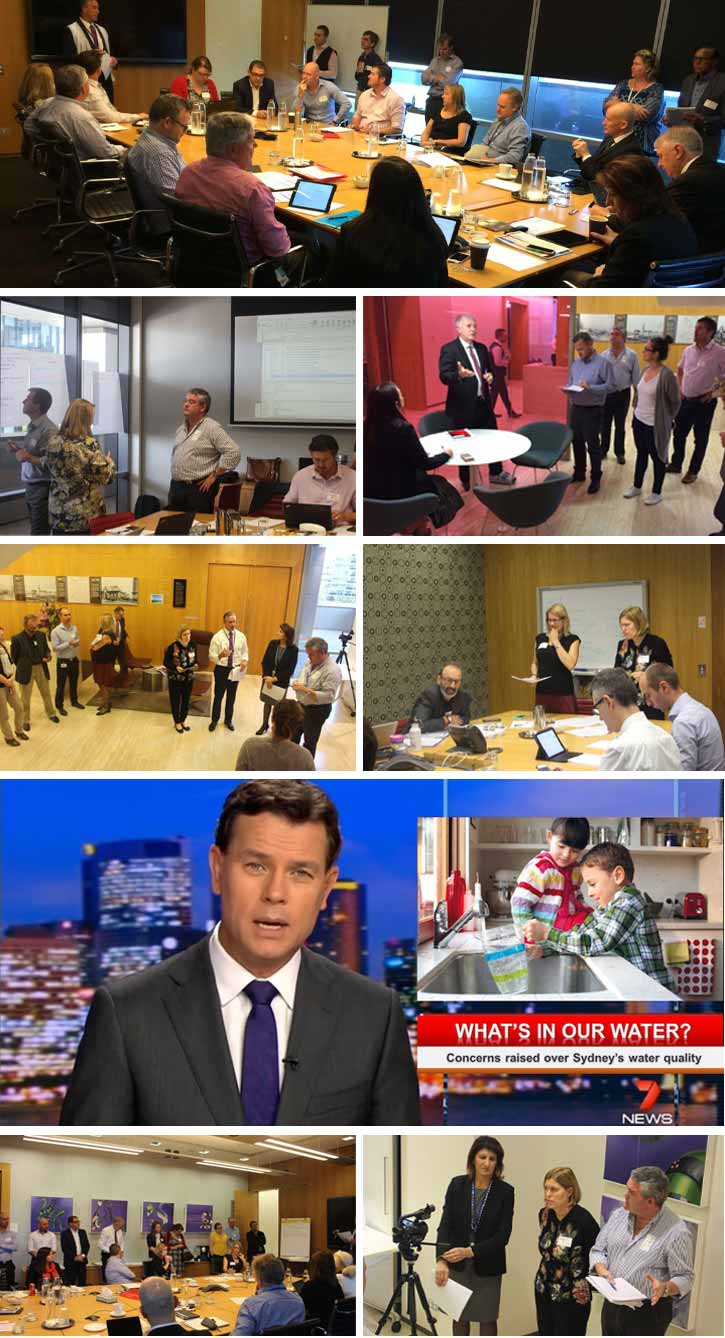 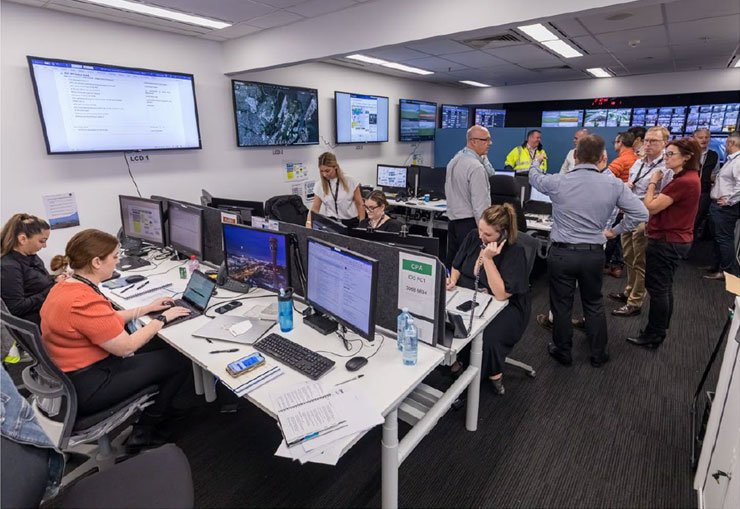 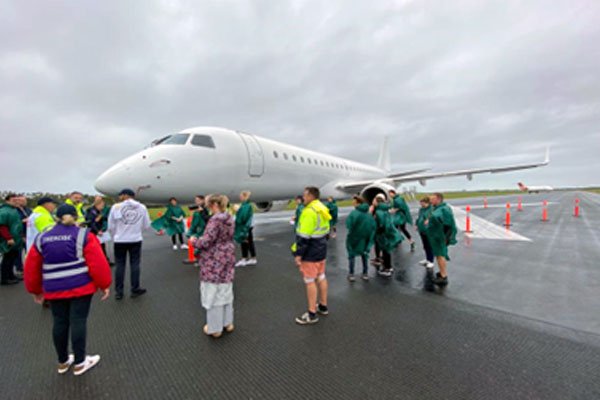 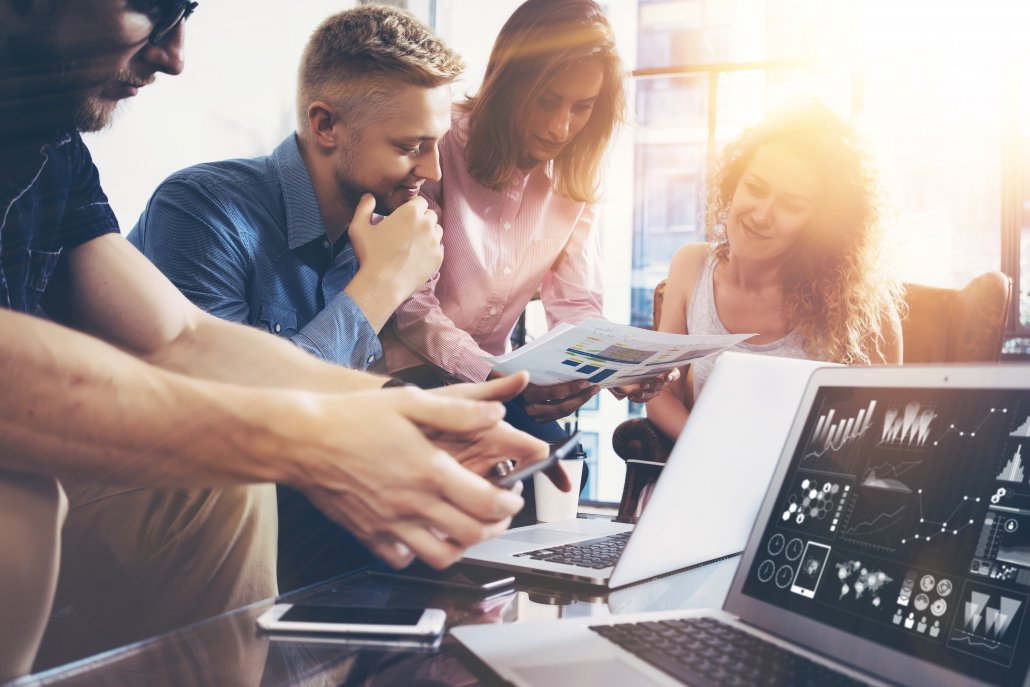 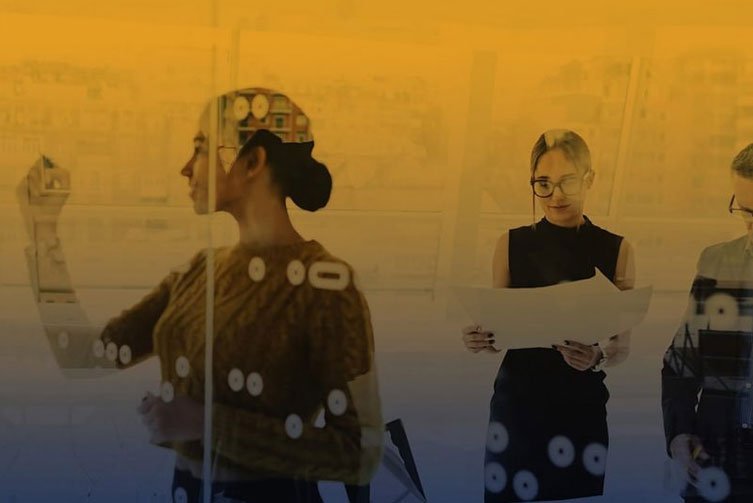 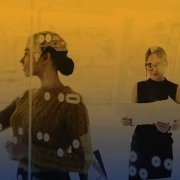